Deep dive into the murky waters of script loading 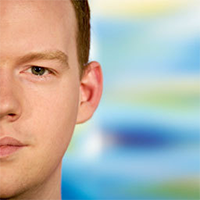 By Jake Archibald
Your browser may not support the functionality in this article.

In this article I’m going to teach you how to load some JavaScript in the browser and execute it.

No, wait, come back! I know it sounds mundane and simple, but remember, this is happening in the browser where the theoretically simple becomes a legacy-driven quirk-hole. Knowing these quirks lets you pick the fastest, least disruptive way to load scripts. If you’re on a tight schedule, skip to the quick reference.

For starters, here’s how the spec defines the various ways a script could download and execute:

Like all of the WHATWG specs, it initially looks like the aftermath of a cluster bomb in a scrabble factory, but once you’ve read it for the 5th time and wiped the blood from your eyes, it’s actually pretty interesting:

My first script include

Unfortunately, the browser blocks further rendering of the page while all this is happening. This is due to DOM APIs from “the first age of the web” that allow strings to be appended onto the content the parser is chewing through, such as document.write. Newer browsers will continue to scan or parse the document in the background and trigger downloads for external content it may need (js, images, css etc), but rendering is still blocked.

This is why the great and the good of the performance world recommend putting script elements at the end of your document, as it blocks as little content as possible. Unfortunately it means your script isn’t seen by the browser until it downloads all your HTML, and by that point it’s started downloading other content, such as CSS, images and iframes. Modern browsers are smart enough to give priority to JavaScript over imagery, but we can do better.

Thanks IE! (no, I’m not being sarcastic)

Microsoft recognised these performance issues and introduced “defer” into Internet Explorer 4. This basically says “I promise not to inject stuff into the parser using things like document.write. If I break that promise, you are free to punish me in any way you see fit”. This attribute made it into HTML4 and appeared in other browsers.

In the above example, the browser will download both scripts in parallel and execute them just before DOMContentLoaded fires, maintaining their order.

Like a cluster-bomb in a sheep factory, “defer” became a wooly mess. Between “src” and “defer” attributes, and script tags vs dynamically added scripts, we have 6 patterns of adding a script. Of course, the browsers didn’t agree on the order they should execute. Mozilla wrote a great piece on the problem as it stood back in 2009.

The WHATWG made the behaviour explicit, declaring “defer” to have no effect on scripts that were dynamically added, or lacked “src”. Otherwise, deferred scripts should run after the document had parsed, in the order they were added.

It giveth, it taketh away. Unfortunately there’s a nasty bug in IE4-9 that can cause scripts to execute in an unexpected order. Here’s what happens:

Assuming there’s a paragraph on the page, the expected order of logs is [1, 2, 3], although in IE9 and below you get [1, 3, 2]. Particular DOM operations cause IE to pause current script execution and execute other pending scripts before continuing.

However, even in non-buggy implementations, such as IE10 and other browsers, script execution is delayed until the whole document has downloaded and parsed. This can be convenient if you’re going to wait for DOMContentLoaded anyway, but if you want to be really aggressive with performance, you can start adding listeners and bootstrapping sooner…

HTML5 to the rescue

HTML5 gave us a new attribute, “async”, that assumes you’re not going to use document.write, but doesn’t wait until the document has parsed to execute. The browser will download both scripts in parallel and execute them as soon as possible.

Unfortunately, because they’re going to execute as soon as possible, “2.js” may execute before “1.js”. This is fine if they’re independent, perhaps “1.js” is a tracking script which has nothing to do with “2.js”. But if your “1.js” is a CDN copy of jQuery that “2.js” depends on, your page is going to get coated in errors, like a cluster-bomb in a… I dunno… I’ve got nothing for this one.

I know what we need, a JavaScript library!

The holy grail is having a set of scripts download immediately without blocking rendering and execute as soon as possible in the order they were added. Unfortunately HTML hates you and won’t let you do that.

The problem was tackled by JavaScript in a few flavours. Some required you to make changes to your JavaScript, wrapping it in a callback that the library calls in the correct order (eg RequireJS). Others would use XHR to download in parallel then eval() in the correct order, which didn’t work for scripts on another domain unless they had a CORS header and the browser supported it. Some even used super-magic hacks, like LabJS.

The hacks involved tricking the browser into downloading the resource in a way that would trigger an event on completion, but avoid executing it. In LabJS, the script would be added with an incorrect mime type, eg <script type="script/cache" src="...">. Once all scripts had downloaded, they’d be added again with a correct type, hoping the browser would get them straight from the cache and execute them immediately, in order. This depended on convenient but unspecified behaviour and broke when HTML5 declared browsers shouldn’t download scripts with an unrecognised type. Worth noting that LabJS adapted to these changes and now uses a combination of the methods in this article.

Basically, if you have to download an extra script file before even thinking about downloading other scripts, you've lost the performance battle right there.

The DOM to the rescue

The answer is actually in the HTML5 spec, although it’s hidden away at the bottom of the script-loading section.

Let’s translate that into “Earthling”:

Scripts that are dynamically created and added to the document are async by default, they don’t block rendering and execute as soon as they download, meaning they could come out in the wrong order. However, we can explicitly mark them as not async:

This gives our scripts a mix of behaviour that can’t be achieved with plain HTML. By being explicitly not async, scripts are added to an execution queue, the same queue they’re added to in our first plain-HTML example. However, by being dynamically created, they’re executed outside of document parsing, so rendering isn’t blocked while they’re downloaded (don’t confuse not-async script loading with sync XHR, which is never a good thing).

The script above should be included inline in the head of pages, queueing script downloads as soon as possible without disrupting progressive rendering, and executes as soon as possible in the order you specified. “2.js” is free to download before “1.js”, but it won’t be executed until “1.js” has either successfully downloaded and executed, or fails to do either. Hurrah! async-download but ordered-execution!

Loading scripts this way is supported by everything that supports the async attribute, with the exception of Safari 5.0 (5.1 is fine). Additionally, all versions of Firefox and Opera are supported as versions that don’t support the async attribute conveniently execute dynamically-added scripts in the order they’re added to the document anyway.

Well, if you’re dynamically deciding which scripts to load, yes, otherwise, perhaps not. With the example above the browser has to parse and execute script to discover which scripts to download. This hides your scripts from preload scanners. Browsers use these scanners to discover resources on pages you’re likely to visit next, or discover page resources while the parser is blocked by another resource.

We can add discoverability back in by putting this in the head of the document:

This tells the browser the page needs 1.js and 2.js. link[rel=subresource] is similar to link[rel=prefetch], but with different semantics. Unfortunately it’s currently only supported in Chrome, and you have to declare which scripts to load twice, once via link elements, and again in your script.

I find this article depressing.

The situation is depressing and you should feel depressed. There’s no non-repetitive yet declarative way to download scripts quickly and asynchronously while controlling the execution order.

With HTTP2/SPDY you can reduce the request overhead to the point where delivering scripts in multiple small individually-cacheable files can be the fastest way. Imagine:

Unfortunately there’s no declarative way to achieve this unless the scripts themselves are modified to track the loading state of dependencies.js. Even async=false doesn’t solve this issue, as execution of enhancement-10.js will block on 1-9. In fact, there’s only one browser that makes this possible without hacks…

IE has an idea!

IE starts downloading “whatever.js” now, other browsers don’t start downloading until the script has been added to the document. IE also has an event, “readystatechange”, and property, “readystate”, which tell us the loading progress. This is actually really useful, as it lets us control the loading and executing of scripts independently.

We can build complex dependency models by choosing when to add scripts into the document. IE has supported this model since version 6. Pretty interesting, but it still suffers from the same preloader discoverability issue as async=false.

Enough! How should I load scripts?

Ok ok. If you want to load scripts in a way that doesn’t block rendering, doesn’t involve repetition, and has excellent browser support, here’s what I propose:

That. At the end of the body element. Yes, being a web developer is much like being King Sisyphus (boom! 100 hipster points for Greek mythology reference!). Limitations in HTML and browsers prevent us doing much better.

I’m hoping JavaScript modules will save us by providing a declarative non-blocking way to load scripts and give control over execution order, although this requires scripts to be written as modules.

Eww, there must be something better we can use now?

Fair enough, for bonus points, if you want to get really aggressive about performance, and don’t mind a bit of complexity and repetition, you can combine a few of the tricks above.

First up, we add the subresource declaration, for preloaders:

Is it worth the extra bytes compared to a simple script include? If you’re already using JavaScript to conditionally load scripts, as the BBC do, you may as well benefit from triggering those downloads earlier. Otherwise, perhaps not, stick with the simple end-of-body method.

Phew, now I know why the WHATWG script loading section is so vast. I need a drink.

Spec says: Download together, execute in order after any pending CSS, block rendering until complete.

Spec says: Download together, execute in order just before DOMContentLoaded. Ignore “defer” on scripts without “src”.

The browsers in red say: I have no idea what this “defer” thing is, I’m going to load the scripts as if it weren’t there.

Other browsers say: Ok, but I might not ignore “defer” on scripts without “src”.

The browsers in red say: What’s ‘async’? I’m going to load the scripts as if it weren’t there.

Firefox < 3.6, Opera says: I have no idea what this “async” thing is, but it just so happens I execute scripts added via JS in the order they’re added.

Safari 5.0 says: I understand “async”, but don’t understand setting it to “false” with JS. I’ll execute your scripts as soon as they land, in whatever order.

IE < 10 says: No idea about “async”, but there is a workaround using “onreadystatechange”.

Other browsers in red say: I don’t understand this “async” thing, I’ll execute your scripts as soon as they land, in whatever order.

Everything else says: I’m your friend, we’re going to do this by the book.